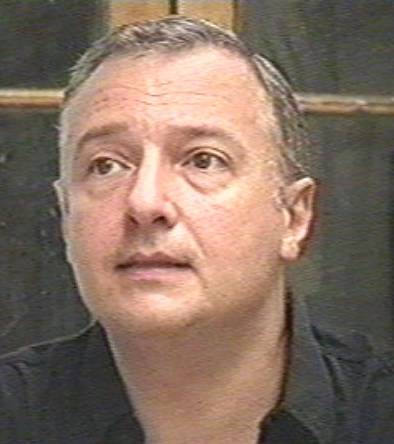 JERRY BRIGNONE  holds Honors Bachelor and Professor’s degrees in Linguistics from the Buenos Aires University (UBA), where he also teaches Modern Greek and is now acting as Director of the Free Chair of Greek, Byzantine and Neohellenic Studies. Communicator and researcher in cultural semiotics, he conducts an Association named Caryatid (CARIATIDE), which during fourty years has kept divulging ancient and contemporary Greek culture in Argentina.

Musician, stage actor, author, director and acting teacher, he has participated since a teenager in more than thirty productions on private and public theaters (some of them in Greek). The plays he directed in 1998 & 1999 on AIDS, anorexia, bulimia and alcoholism prevention have been seen by thousands of teenagers under the auspices of the WHO (World Health Organization). He has also gone into the cinema world with the feature film "Bomarzo 2007", shot in Italy under his direction about the famous argentine opera by Alberto Ginastera and Manuel Mujica Lainez. Since 2014 he produces and conducts the radio cultural program The words and the notes: lyrical, lexical and Hellenic passions & other dramas.

He has plunged intensively in many different branches of Astrology, both in its predictive aspect and its psychological expression symbolizing transcendental patterns in our lives. He assumed an active and pioneer role in the spreading in Argentina of such approaches as Draconic Astrology, Midpoints, Statistics, Harmonics, Hindu, Medieval, Renaissance and Hellenistic Astrology, creating and sharing also new astrological techniques. He has been President and Director (1991-2015) of the worldwide noted Buenos Aires Astrological Center Foundation (created in Argentina in 1961), where he started teaching in 1988 and completed with honors its Postgraduate Program.

He also investigates and directs since 1989 performances of Astrodrama, the experiential branch of Astrology which approaches it through psychodrama and artistic techniques. He also participated in Astodrama experiences with its creators Jeff Jawer, Barbara Schermer, Maritha Pottenger and Susie Cox at UAC 92 & 95 and in the Osho Commune International in Poona (India, 1996).

Author of "Astrological Synthesis Techniques Handbook: The Path in the Natal Chart" (Editorial Kier, 2005) & "Astrological Essays: opening new paths" (Ed. F.Caba, 2012) and co-conductor of the radio program "Astrology Now", he received in the name of the Buenos Aires Astrological Centre Foundation a homage for its long time work in the XVIII Spanish Congress in Madrid in 2001. In 2003, in the 7th Astrologer’s Meeting in Buenos Aires he was awarded by an international jury the Astrology Excellence First Prize for his paper “The Topocentrical Semi-Cusps”.